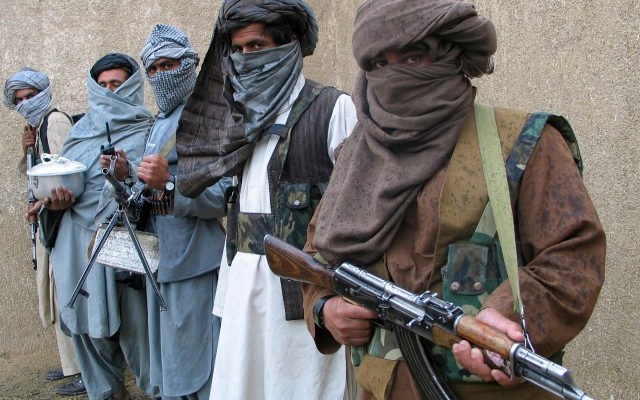 Afghanistan is considered “America’s Longest War”. Official US involvement in the country dates back to 2001 with President Bush’s famous “You Are Either With US Or Against Us” speech, propping up American invasion of the central Asian nation. The goal was eliminate the terrorist element governing Afghanistan, otherwise known as the Taliban. While boots on the ground were deployed in 2001, American involvement in the country dates back a few decades earlier. The United States was locked in an ideological conflict with the Soviet Union throughout the 20th century, which pushed the latter to conduct a final military attempt in capturing Afghanistan with the intention to morph it into a puppet communist state. Naturally, Washington was not going to stand by idly while their archenemies drew their sword one last time. In an effort to halt Soviet military progress, the CIA began funding guerrilla groups to resist the invasion. Operation Cyclone armed, trained, and funded groups without distinction in hopes of keeping the USSR out of the country and delivering a fatal blow to their military. As a result, the war reached a stalemate with the Soviets making no progress and losing valuable weaponry and men. The morale for the war back in the USSR dwindled and the communist empire was eventually forced to give up their Afghani venture. The United States was successful, but what the war left behind was a power vacuum. It is known to most of the general public that a series of groups, having been well-trained and supplied by the Americans, formed the radical Taliban who successfully usurped power in the and establishing an extremist “theocratic” dictatorship. Apart from the Taliban threatening America’s economic interests by halting the trade of opium, the radical group also provided Osama Bin Laden refuge. After refusing to hand him over, America launched a military invasion of Afghanistan, quickly deposing the Taliban. The process, however, gave birth to a long guerrilla war that does not seem to have an exit to this day.

One can easily notice American-Russian relations are currently not at their peak condition, in fact, many argue a new Cold War is underway. Similar to the previous Cold War, the battlefield is the globe. Russians and Americans are resorting to identical Cold War methods in their fight for influence: Espionage, Rebel funding, ideological and economic export etc. In Afghanistan, the situation remains quite chaotic, but the roles of the superpowers have reversed. While in the 1980s it was the Americans who provided the predecessors of the Taliban with weapons and logistics in order to oust the Soviets, it is now the Kremlin that is allegedly aiding the Taliban in their effort to oust Americans. Quite the political irony is taking place in Afghanistan, where the Taliban are but mere tools of larger political agendas outlined by global powerhouses like the United States and Russia. In July, videos showed Taliban groups armed with new Kalashnikovs and Russian-made pistols. The groups claim they were supplied by Iranians linked with the Russian government. Afghani Intelligence Officer Sediq Sediqi claims that Afghani services can confirm the continuing contact between Russian intelligence and the Taliban. Senior US military officials are also highly suspicious of such activities. General John Nicholson stated, “we continue to get reports of this assistance”. In a period where both countries talked of reconciliation, this development could have a potentially damaging effects on the bilateral relations between Washington and Moscow.

But what is Russia’s motive in doing so? With NATO forces in Afghanistan, it is now clear the Taliban will not recover. Just as impossible for them to re-take control of the country, or even successfully push back the International forces. So why does Russia arm them? There are two possible scenarios to the question. For one thing, exhaustion of American morale and social instability. Russian leaders are well aware that the Taliban stand no chance, but by arming them, they successfully prolong the conflict. Americans are already tired of this war, and with constant broken promises by previous politicians to end it, the longer it goes on, the more the public loses trust in their government, which works in the interest of the Russians. Creating a crack in the democratic structure of the United States, no matter how little, gives Russian intelligence space to maneuver more swiftly in enemy territory. The second scenario is that of merely sending Washington a message. The Russian Foreign Ministry denied the allegations, but that is simply political correctness in international eyes. American intelligence is very aware of Russian activity in Afghanistan and Moscow is sending a clear message. The content of that message? The Russians are not ready to give the United States ground in the globe. They will try to cling on to their last bit of influence and power, attempting to halt American expansionism.

In the midst of all this, the Taliban are a mere political tool which super powers play around with. While The United States and Russia use Afghanistan as a chess board for their political games, the country continues to suffer. Destabilization ensues, and possibly, ground for radical groups to breed future generations of extremists. Needless to say, the Taliban are very much taking advantage of their position, not only because of the material funding but because the squabbling of world powers give birth to their fresh base of supporters and recruits. America and Russia should analyze the past in greater detail.
Image Credit: Saeed Ali Achakzai/Reuters