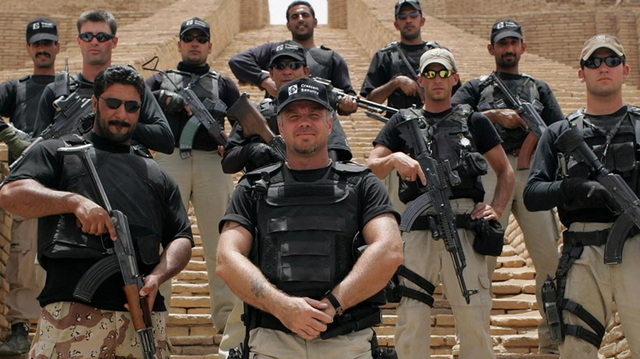 The trends seen in the development of war lead us to come to the conclusions that conflicts have been reduced to smaller scale involvements between the instigators, reducing combat casualties, but have grown in the sense that they engulf broader regions. Meaning, trends show wars with the progression of time have come to increase civilian involvement and casualties, as well as have become quicker to spread into neighboring territories. Modern wars include smaller scale conflicts, and an increasing number of ideological or “asymmetrical conflicts”. Governments are continuously scouting for ways to lower the direct involvement of their militaries through other methods such as Mercenary troops and greater technological use. Technology has governments working towards reducing casualties and damages to their respective armies, proving successful in doing so, but increasing civilian casualties and damages as well. Technology has also proven efficient on dealing with LICs (Low intensity conflicts), cornering radical organizations and belligerents into taking other measures, such as the incorporation of child soldiers into their ranks. These “modern” trends are still being experimented with, and in the decades to come it is very likely a handful of them will increase in popularity, while others will either stagnate or fade.

Large empires of the past preferred to possess types of irregular troops whom would be unleashed upon the enemy line with ferocity to create panic and disorder either in the beginning or at the end of battle. The Romans incorporated Barbarian mercenaries, The Ottomans Albanian, African and Kurdish Bashi Bazouk (Irregular mercenaries), The French their Foreign Legion and so forth. Mercenaries have been used by mostly wealthier nations and empires throughout history, but never on such a scale as to accomplish heavy military undertakings. In modernity these forces continue to be used for small scale insurrections, or in small groups on the Battlefield. Although it is true that governments are looking to lower direct military involvement in conflicts, the use of large mercenary forces would jeopardize, or limit that governments direct control over the situation. I would argue that the use of private armies would never be implemented on a large scale, but the use of mercenary forces will continue to exist for small scale operations for the reason being that governments in modern conflicts attempt to deny involvement as well as erase tracks. The use of small mercenary troops is ideal for governments in intelligence operations, and indirect involvement in conflicts which they seek to gain profit from, leaving the accusers with no traces of a country’s direct work on the matter. On the other hand, large private armies, working under a contract, hold no allegiance to said country, thus always posing the threat of being swayed, or disobeying orders for personal benefits jeopardizing entire operations. In other words, the use of private armies will be one of the phenomena which will most likely stagnate. The risks of full scale Mercenary Armies outweigh the gains. But with the progress of time, and conflict, Private Security companies are winning the favor of politicians. Private contractors perform their assignments well, for half of the price the Pentagon would spend. But contractors are not susceptible to the international agreements between countries. The “Mercenaries” are also not as alert about the international risks of the mission, nor their political consequences. The funding of Mercenary armies will likely bring about Eisenhower’s nightmare of a full-fledge, privately led Military Industrial complex, where war will be lead for profit not ideas.

On the other hand, trends such as technology will continue to grow in usage by wealthier countries as they prove extremely efficient in a variety of ways. Technology is ideal for small scale intelligence operations, as well as large military undertakings. It has proven, and will continue to prove a game changer in warfare. While reducing the risk of human loss by replacing the human effort on the battlefield, it is also extremely resourceful in dealing devastating blows to the war effort of the enemy forces, especially in what Barash and Webel describe as Asymetric conflicts between “insurgents” or “terrorists” and “Empires”. Technology will become more dominant in warfare as time goes even on lager spectrums. Powerful countries are always going to be looking to gain the upper hand on one another as far as military prowess goes, and that can be achieved through only technological advancement in what could be called an “Arms race”. Technology has always been part of military history, with mankind always looking for ways to not only improve the effects of war and destruction, but also reduce loss in life or resources, and thus technology will continue to prevail, if not at some point become a dominant card in modern conflict.

Unlike wealthier countries which have enough resources to dedicate to military developments, third world countries, insurgent groups and other irregular military organizations find themselves shorthanded when it comes to capital, having to turn to more illegal and easier methods, “The recruitment of youth may demonstrate that ISIL is desperate and that it is struggling to fill personnel shortages” (Pinheiro 1). The use of child soldiers is one of such methods. Terrorist organizations, rebel groups and so on see in children the potential of obedient hormonal soldiers willing to carry out operations for little to no payment. For such groups it is efficient and resourceful to use child soldiers, having the advantage of also manipulating their minds, or radicalizing their immature thoughts to their benefit. The use of child soldiers is a very cruel, yet effective way for groups such as ISIL or Boko Haram to grow a steady base of followers, and a group loyal to their efforts in countering larger forces, through the use of little resources. It is convenient for such groups to recruit child soldiers because once radicalized, their thoughts are extremely hard to be swung into the original not corrupted state, creating agents within targeted territories as well.

In essence, warfare will continue to produce new trends, such as the ones mentioned above, but before placing each of these trends on the battlefield, humankind experiments with them. Certain “experiments” such as the growing use of technology and the use of child soldiers will root themselves with conflict, while others such as the use of Private Mercenary armies will not prove extremely useful or worthy to causes, thus stagnating.