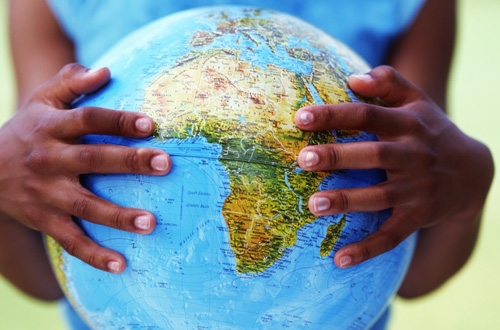 On July 8, newly elected French President Emmanuel Macron spoke at a press conference during the G20 Summit in Hamburg. The G20, or Group of 20, are members of the world’s most powerful countries with developed economies, including the European Union. Their first meeting took place in 2008 and have convened annually since 2011. The G20 Summit is often graced with state leaders and officials. At this press conference, President Macron was asked about a potential large economic development package similar to “The Marshall Plan” for African countries. Macron’s response was composed of racial slurs, stating, “The problems Africa face today are completely different … and are ‘civilizational’,”. In addition, Macron answered, “What are the problems? Failed states, complex democratic transitions and extremely difficult demographic transitions.”. It seems that Macron credits certain African issues such as corruption and  further remarks mentioned above, due to Africa’s culture. This conclusion is untrue as many African countries are still reeling from generations of colonial and imperialist encroachment, ironically, France playing a tremendous role in that domination. Macron’s rationale, proposing that Africa’s broad issues of democracy and corruption are rooted in cultural inferiority, while false, begs the question: Can a large economic package to Africa like the Marshall Plan bolster African economies and countries as a whole?

President Macron was asked to compose an “Africa Plan”, a package rooted in the idea of its predecessor the Marshall Plan. What was the Marshall Plan? Following the destruction of World War II, the United States sent large amounts of financial aid to European nations. Formally known as the European Recovery Plan, it became informally known as the Marshall Plan named after George Marshall, US Secretary of State from 1947 to 1949. The Marshall Plan had several goals: rebuild Europe following the devastating damage from WWII, remove trade barriers, decrease regulations, invest in companies in order to bolster economic productivity, and influence European nations to reject communism in exchange for Western capitalist models. The overall results of the plan not only restructured the physical and economic damages from the war, but proved particularly beneficial to the United States. The US Office of the Historian, a division of the US Department of State, reports, “The Marshall Plan generated a resurgence of European industrialization and brought extensive investment into the region. It was also a stimulant to the U.S. economy by establishing markets for American goods”. With respect to policy, the Marshall Plan was a successful tool in preventing the spread of communism into Western Europe. The Soviet Union declined to join the plan and prevented their Eastern Bloc of countries from joining as well. With respect to Western Europe, the package was successful in relieving damages from the war. It also expanded Western influence through capitalism, thus empowering American markets as well. Lastly, it effectively stopped communist takeovers of governments. Could this same large economic plan root out broad issues in African countries and accelerate their economies?

Macron’s reasoning that Africa faces systematic issues, such as democracy transfer and corruption, because of culture, is false. Africa faces these issues due to poor border drawings, power vacuums, insufficient funding, and many other problems that trace back to their relatively recent freedom from imperial powers. Can the goals for the Marshall Plan translate into Africa’s complicated issues? As translating a large-scale financial package to a completely different continent is far more complicated than I could address, we can hypothesize how the initial goals of the plan translate. The first goal of the plan was to rebuild and restructure physical and societal damages from the war. I think this would be of tremendous benefit to certain African countries who struggle to build modern infrastructure. The question is, whether certain governments in Africa have the moral competency to handle the funds free from corruption and then deliver it efficiently? With high levels of corruption in several African nations, I believe they cannot on their own. In order to keep corrupt hands away from the package, a country accepting the offer will be able to receive and distribute the funds under the supervision of a neutral watchdog. This watchdog should be comprised of delegates from neutral countries with respect to the African country’s historical background and its future policy opportunities. The watchdog must supervise only and not execute the distribution, this is for the African government to do. The second goal of the plan was to bolster the economy by removing trade barriers and regulations by investing in companies and corporations. Out of all the goals, this is likely the most beneficial in the short-term for African countries that are underdeveloped. Underdeveloped countries, given the tremendous amount of potential with a suitable amount of funds, can grow faster than developed countries. Rapid growth is characteristic of transitionally upward countries. The long-term effects of this can be considered outrageously unwise as it would set up African states to be heavily dependent on corporations and oligarchies, similar situations as to what the US is criticized for by the American political left. The last goal of The Marshall Plan was to contain communism from the Eastern Bloc. While Africans do not seem to adhere to communism, they do suffer from radicalism, religious conflict, and ethnic conflict. It is very likely that granting a large financial package, so long as it is supervised to be free from corruption, would fight radicalism as society saw the benefits of improved political, economic, and societal stability as the governments have the funds and distribute them efficiently.

Should Western powers consider sending a large financial package to African countries, they must be aware of the negative aspects of the initial goals, improve upon them, and proceed very cautiously.